Within our solar system there are two ice giants that take the form of Uranus and Neptune and are named ice giants due to the ice compounds that have been incorporated in to the planets during their formation, and are a sub category of the Gas Giants. 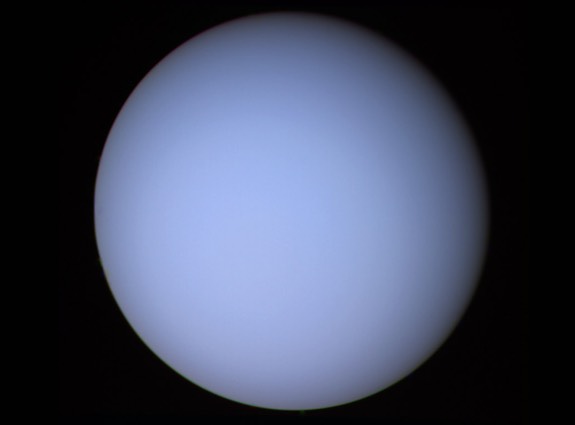 Uranus is the 7th planet from the Sun, and the third-largest and fourth most massive planet in the Solar System and is named after the ancient Greek deity of the sky Uranus.

The ice within the ice giants takes the form of heavier volatile substances that are referred to as ‘ices’, although no there is very little ice left in the structure of the planets. With their main constituents being made up of substances heavier than hydrogen and helium, in the form of oxygen, carbon, nitrogen, and sulphur. 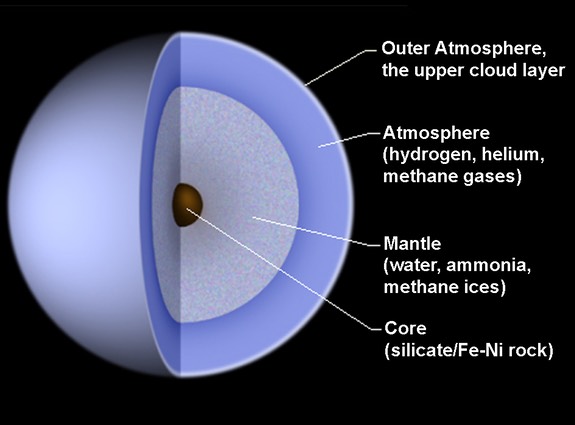 Neptune is the 8th?and outermost-known planet from the Sun in our Solar System and has been named after the Roman god of the sea. Neptune is the fourth-largest planet by diameter and the third-largest by mass. Neptune was discovered on September 23, 1846 and was the first planet found by mathematical prediction rather than by empirical observation and has 12 known moons.

Neptune’s atmosphere is well known for is active and visible weather patterns and changing cloud patterns and during 1989 when the Voyager 2 space probe few past the ice giant, Neptune’s southern hemisphere showed a Great Dark Spot comparable to the Great Red Spot on the gas giant planet of Jupiter.

We use cookies on our website to give you the most relevant experience by remembering your preferences and repeat visits. By clicking “Accept All”, you consent to the use of ALL the cookies. However, you may visit "Cookie Settings" to provide a controlled consent.
Cookie SettingsAccept All
Manage consent

This website uses cookies to improve your experience while you navigate through the website. Out of these, the cookies that are categorized as necessary are stored on your browser as they are essential for the working of basic functionalities of the website. We also use third-party cookies that help us analyze and understand how you use this website. These cookies will be stored in your browser only with your consent. You also have the option to opt-out of these cookies. But opting out of some of these cookies may affect your browsing experience.
Necessary Always Enabled
Necessary cookies are absolutely essential for the website to function properly. These cookies ensure basic functionalities and security features of the website, anonymously.
Functional
Functional cookies help to perform certain functionalities like sharing the content of the website on social media platforms, collect feedbacks, and other third-party features.
Performance
Performance cookies are used to understand and analyze the key performance indexes of the website which helps in delivering a better user experience for the visitors.
Analytics
Analytical cookies are used to understand how visitors interact with the website. These cookies help provide information on metrics the number of visitors, bounce rate, traffic source, etc.
Advertisement
Advertisement cookies are used to provide visitors with relevant ads and marketing campaigns. These cookies track visitors across websites and collect information to provide customized ads.
Others
Other uncategorized cookies are those that are being analyzed and have not been classified into a category as yet.
SAVE & ACCEPT